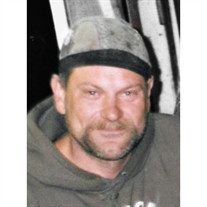 FARQUHAR – Thomas J., 45, South Fork, died March 12, 2016. Born Jan. 20, 1971, in Charleroi, Pa., son of Sherry (Nagy) Farquhar-Vitale and the late Jesse “Jake” Farquhar Sr. Survived by mother; stepfather, Fred Vitale; sons, Thomas Jr., and his wife, Dorita; and Brett and Jacob Farquhar; granddaughter, Abbriella; brothers, Jesse “J.J.,” and his wife, Marlene; and Jason, and his wife, Danielle; nieces, Rebecca, Jessica and Jade; nephew, Daniel; aunt, Carol O’Brien; former wife, Kellie; and numerous other beloved family and friends. Tom was a hard working and talented craftsman who took great pride in his carpentry. Known to some as a crazy daredevil in life, his good hearted nature always had a way of shining through. He was always willing to help family and friends and loved spending time with his boys riding dirt bikes or out hunting and fishing. He used to always say he would be remembered for his story. Friends will be received from 2 to 4 and 6 to 8 p.m. Tuesday and from 11 a.m. until time funeral service at noon Wednesday at Charles O. Dimond Funeral Home Inc., South Fork. (www.DimondFuneralHome.com)

The family of Thomas J. Farquhar created this Life Tributes page to make it easy to share your memories.

Send flowers to the Farquhar family.