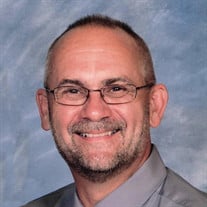 VARNER – Robert E. “Bob,” 65, Summerhill, died February 28, 2020, at home. Born October 26, 1954, in Johnstown, son of Edward T. and Sophie (Erzak) Varner. Survived by mother, Portage; loving wife of 41 years, Carolyn A. (Werfel) Varner, whom he married September 30, 1978; son, First Sergeant Josh Varner (U.S. Air Force), Malmstrom AFB, and his girlfriend, Cristy Morrison; daughters, Kristen, wife of Jon Sandridge, Clinton; and Erika, engaged to Scott Caplan, Wilmington, Delaware; beloved grandchildren, Gavin, Madelyn, and Evan Sandridge; sisters, Lisa, wife of Rick Pisarski; and Tammy, wife of Robert Benko, all of Portage; and also numerous nieces, nephews, and other cherished family and friends. Member of St. John the Baptist Catholic Church, Summerhill. Bob was a graduate of Portage Area High School, class of 1972 and attended Mount Aloysius College, earning associate degrees in Criminology and Nursing. He was among the first paramedics to be trained in Cambria County and began assisting others almost immediately in the aftermath of the 1977 Johnstown Flood. He was a dedicated first responder who served as a Flight Nurse with MedStar for 19 years and ran with the Forest Hills Area Ambulance and Portage Area Ambulance Association. Following retirement, he worked casual at Ophthalmic Associates. Bob was always happiest in the company of family and loved ones. He will be remembered for his love of the outdoors, his adventurous heart, and the times shared traveling with his wife. He enjoyed fly fishing with his son and beach trips with his daughters. He was proud of his children and their accomplishments and loved boasting about his grandchildren. Above all he will be remembered most for his selfless commitment to helping those in need. Friends will be received from 2 to 8 p.m. Wednesday at Charles O. Dimond Funeral Home, Inc., South Fork, where vigil will be held Wednesday. First responders will gather for a final farewell at 6:20 p.m. Wednesday. Funeral Mass will be celebrated at 11 a.m. Thursday at Immaculate Conception Catholic Church, New Germany, Father Leon Hont, OSB, celebrant. Committal, Pringle Hill Cemetery, Summerhill.

The family of Robert "Bob" E. Varner created this Life Tributes page to make it easy to share your memories.

Send flowers to the Varner family.