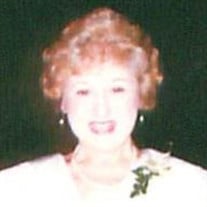 SHRIFT – Lenore, 89, Yardley, Pa.; passed away Sunday, September 19, at home, with her family around her. She was born on a hot summer day in 1932 in Wilmore, Pa., where she lived, attended local schools, and in 1952 married Robert Shrift, who grew up in nearby Summerhill, Pa. Bob and Lenore had four children while living in Cambria County, and a fifth after moving across Pennsylvania to Morrisville, Pa., in 1962. Decades of prosperity and happiness followed. The young family took full advantage of the many opportunities life in Bucks County offered. Lenore enrolled in a local nursing program while her children were still young, studying with her children at the kitchen table after dinner every night. She became a licensed practical nurse in the mid-1960s and had a long and rewarding career in hospitals, serving mostly in cardiac care wards but also other medical settings before retiring in her early 70s. Lenore was ambitious to develop her children’s lives in constructive ways. She fostered dancing and piano lessons and loyally supported the many good things her children did, from grade school to college to sports to thriving careers in a variety of professions. She and her husband and children occupied various homes over the years, each more beautiful and comfortable than the last. Over their 52-year marriage, Bob and Lenore renovated and decorated houses in Morrisville, Canadensis, Pa. (the latter built by Bob); in Loretto, Pa, and for the past 27 years in Yardley, Pa. The couple lived there at the time of Bob’s death in 2004 and it was there that she spent her last days, at the end of a long illness. Lenore was the third child of six born to the late Paul and Ariel O’Hara Eggie, of whom two siblings survive, Paul Alexander Eggie of Warrior’s Mark, Pa. and Rita Gallaher of Manahawkin, NJ. She was preceded in death by her brother Charles, of Wilmore, and her sisters Betty Sanders, of South Fork, Pa. and Rose Ann Koons of Mifflinburg, Pa. Lenore was a much-loved, imaginative, lively little girl, qualities she carried through her entire life. She emerged as a beauty in young womanhood, captivating Bob the instant they met on a blind date. Ever afterward, he said he immediately knew “that was the girl I’m going to marry.” Their first home was a cottage in the wooded countryside surrounding Wilmore, an idyllic time in their youth they fondly recalled ever after. Their children are Gwendolyn, of Yardley, Pa., who shared Lenore’s home for the last 16 years; the late Cynthia Walton of Bensalem, who passed away in 2017; Barry, of Felton, Pa.; Margaret Vasil of Bordentown, NJ, and Elizabeth Riegel of Lambertville, NJ. Lenore has seven grandchildren, Robyn Fanelli of Nashua, NH; Joseph Shrift of Hanover, Pa.; Zachary Walton of Horsham, PA; Ken Riegel of Langhorne, Pa.; Jim Vasil of Ewing, NJ; Jesse Riegel of Lambertville; and Jonathan Vasil of Bordentown. She has three great-grandchildren, Mason Fanelli of Hudson, NH; and Ryan and Ember Walton of Horsham. Lenore is also survived by her sons-in-law, Bud Walton of Bensalem and Joseph Vasil of Bordentown, whose company she thoroughly enjoyed and who helped and supported her to the last. Her granddaughter by marriage, Jenn Seabold Walton of Horsham, is among the delights of her later years. She also is survived by two sisters-in-law and one brother-in-law, Shirley Eggie of Sidman, Pa. and Judith Richeal and her husband, Len, of Woodbury, NJ, and by many nieces and nephews throughout the United States. Lenore was a mother and grandmother like no other. Her life revolved around family; her Catholic faith was of deep importance to her. On that final crisp, sunny morning of her life, she breathed her last hearing Mass broadcast on television. It was a method of worship she adopted after her health did not permit attendance in person. But for all but the last two years of her life she heard Mass in person every Sunday and on holy days, dressed always in her best. Over the years she was a faithful communicant of St. Bartholomew’s Church in Wilmore, St. Joseph’s Church in Portage, Pa.; Holy Trinity Church in Morrisville; St. Michael’s Church in Loretto; and St. Ignatius of Antioch in Yardley. Lenore enjoyed classical music, theater, museums and the occasional art exhibit opening in local galleries. She traveled at various times to Bavaria, to Rio de Janeiro and through the southwestern United States on an unforgettable road trip with her brother Paul and sister Rita. At home in Yardley, she belonged to the Makefield Women’s Association for several years. Throughout her life, she enjoyed reading, especially history, and appreciated fine art. Her decorating and homemaking skills were legendary. The walls of her house contain a gallery of a long, happy life. They include portraits of her and Bob and the many people she loved and who loved her; photos of vacations at Long Beach Island; kids’ birthday parties; massively festive and generous Christmases; school events; excursions to Niagara Falls and other locales that were usually associated with family activities. Her family loved her more than it is possible to convey in words. She gave her children life, and good lives, and for that they are and will always be grateful. Lenore’s life will be venerated on Thursday, September 23, at St. Bartholomew Catholic Church, 185 Church Hill Road, Wilmore; which her ancestors helped build, and where she was baptized, and married, and where she first participated in the devotions of her faith in childhood. She will be buried next to Bob in the churchyard at the top of the hill, near her parents and relatives going back generations. Family and friends will be received at the church from 9 a.m. until time of Funeral Mass which will be celebrated at 11 a.m., Father Joseph C. Nale, celebrant. Committal to follow. Arrangements are by Charles O. Dimond Funeral Home Inc., South Fork, Pa.

SHRIFT &#8211; Lenore, 89, Yardley, Pa.; passed away Sunday, September 19, at home, with her family around her. She was born on a hot summer day in 1932 in Wilmore, Pa., where she lived, attended local schools, and in 1952 married Robert Shrift,... View Obituary & Service Information

The family of Lenore Shrift created this Life Tributes page to make it easy to share your memories.

Send flowers to the Shrift family.