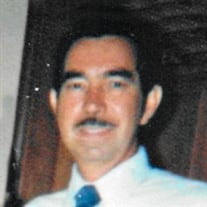 EMERICK – Joseph B., 92, Johnstown, died May 18, 2016 at Windber Hospice. Born July 6, 1923 in Somerset, he was the last surviving child of Thomas E. and Juanita J. (Wright) Emerick. Preceded in death by parents; sisters, Joy Wolfe, Anna Hollis, Marguarite “Peggy” Miller and Imogene Berkebile; and brothers, Laverne Stumph, and Bernell and Byron “Barney” Emerick. Survived by beloved wife, Dorothy “Dusty” L. (Miller) Emerick, whom he married Aug. 4, 1944; children, Thomas, married to Sally (Weaver), Westland, Mich.; and Richard D., married to Catherine “Kathy” (Boring), Mammoth Lakes, Calif.; and grandchildren, Thomas B. (Kathleen) Emerick Jr.; and Heather (Cole) Emerick. Joe was a US Army Air Corps veteran of WWII, having been wounded during the D-Day invasions at Normandy for which he was awarded two Purple Hearts. Over the years he held various jobs, including, working as a coalminer, as a welder in the Baltimore shipyards and later as a carpenter and owner of his own company, A&A Builders. He was a talented musician and a champion bluegrass fiddle player in the tri-state area. He also enjoyed playing the banjo, mandolin and guitar. He loved sharing the good news and was a longtime member of Kingdom Hall of Jehovah’s Witnesses, East Hills Congregation. He lived life by a code of honesty and truth that was always tempered by a compassionate understanding for others. Joe’s values are our values, his virtue is ours, and evermore, his legacy and memory will live. Friends will be received from 6 to 8 p.m. Friday and from 1 p.m. until time of service at 3 p.m. Saturday at Charles O. Dimond Funeral Home, Inc., South Fork, Elder James Morbito, officiating. Interment, Dunmyer Cemetery. As an expression of sympathy, please considerer memorial donations to Windber Hospice. DimondFuneralHome.com

The family of Joseph B. Emerick created this Life Tributes page to make it easy to share your memories.

Send flowers to the Emerick family.