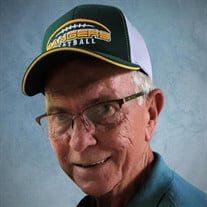 Every day is a new adventure, and to the well-organized mind, death is but the next adventure. John Thomas Bopp, 70, Summerhill, embarked on his final adventure January 14, 2022. Born September 21, 1951, in Johnstown, the son of Alfred J. and Anna (Cordek) Bopp, Sr. Preceded in death by his parents; infant sister, Beverly Ann; and in-laws, Ray and Sandi Penatzer and Wilbur and Mary Shrift. Survived by loving wife, Jennifer (Penatzer), whom he married March 19, 1994; daughters, Emily Bopp, Pittsburgh, Alyson Price, Summerhill, and Lindsay (Will) Page, Indiana, Pennsylvania; grandchildren, Ash, Brooks, and Kendall; brothers, Alfred (Karen), Yakima, Washington; and Kenneth (Patty), Raleigh, North Carolina; brothers and sisters-in-law, Keith (Donna) Penatzer, Mark (Canice) Penatzer, Karen (Jeff) Richardson, Jeff (Marci) Penatzer, Joel (Suzanne) Penatzer, Claudine (Steve) Croyle, Ray (Carissa) Penatzer; special nephew, Jeff McIntyre, and numerous nieces and nephews. John was a graduate of Forest Hills High School, Class of 1969, and enlisted in the US Air Force immediately following graduation. He proudly served his country as a Staff Sergeant from 1969 to 1973 which included tours in Vietnam. In 1975 he became the owner of Associated Office Equipment and began yet another adventure that would span the next 40 plus years. John loved his “work family” and serving both new and faithful customers for all their office needs. Many of those customers became friends along the way. He was also a champion of education and achieved his life’s mission when all three of his girls completed post-secondary studies. That same love of education guided him to the Forest Hills School Board where he served for 14 years. He also represented Forest Hills on the Johnstown Career and Technology School Board, was an active member of the Forest Hills Educational Endowment Committee, and was extremely proud of the yearly scholarships offered to graduating seniors. An active member of St. John the Baptist Catholic Church, where he served on the Finance Council for many years. Member of St. Michael American Legion Post 551, Summerhill Social Club, and the Laurel Run Rod and Gun Club. He also enjoyed the great outdoors, especially hunting, fishing, and golfing. Friends will be received from 2 to 8 p.m. Tuesday at Charles O. Dimond Funeral Home, Inc., South Fork. Funeral Mass will be celebrated at 11 a.m. Wednesday at St. John Catholic Church, Summerhill, Father Joseph C. Nale, celebrant. Committal, St. Mary’s Cemetery, New Germany. Military graveside service by St. Michael American Legion Post 551. The family respectfully requests masks be worn at the funeral home and at the Funeral Mass. In lieu of flowers the family requests memorial contributions to the Forest Hills Educational Endowment Fund or a charity of your choice. Tribute Video: https://www.tributeslides.com/tributes/show/QRLN4D993P6BH5ZN

Every day is a new adventure, and to the well-organized mind, death is but the next adventure. John Thomas Bopp, 70, Summerhill, embarked on his final adventure January 14, 2022. Born September 21, 1951, in Johnstown, the son of Alfred J. and... View Obituary & Service Information

The family of John Thomas Bopp created this Life Tributes page to make it easy to share your memories.

Every day is a new adventure, and to the well-organized mind,...

Send flowers to the Bopp family.