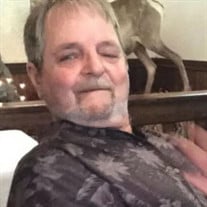 DOYKA – Eugene R. “Gene”, 72, Windber, died May 24, 2022, in Cleveland. Born June 24, 1949, in Johnstown, son of Elmer and Florence (Markovitch) Doyka. Preceded in death by parents; brother, Timothy Doyka; and in-laws, Loris and Helen (Myers) Varner. Survived by loving wife of 51 years, JoAnne M. (Varner) Doyka, whom he married July 3, 1970; sons, Todd; Jason, married to Stephanie (Taylor); and Cory, and girlfriend, Destiny McCoy, all of Windber; grandchildren, Joshua, Justin, Savannah, Jacob, Sutton, Stella, Scarlett, and Waylon; sister, Eileen, wife of Pete Mider, Richland; and in-laws, Rick and Mary Lou Varner, Sidman; and Laurel Feather, Harrisburg. Gene was the owner of Creslo Construction. He was a graduate of Richland High School Class of 1967 and attended Williamsport Community College where he learned to become a machinist. He was a member of St. Elizabeth Anne Seton Catholic Church, Windber. He was an avid hunter and enjoyed building things, he even built his own muzzleloader. He enjoyed spending time fishing and hunting at the family camp along Penn’s Creek near Colburn. He loved spending time with his children and grandchildren. He was a great person and was there for anyone who needed him. Friends will be received from 2 to 8 p.m. Thursday, May 26 at Charles O. Dimond Funeral Home, Inc., 621 Maple Street, South Fork, where the funeral service will be held at 10 a.m. Friday, May 27, Father Lawrence Lacovic, Celebrant. Entombment, Richland Mausoleum, Richland.

The family of Eugene R. Doyka created this Life Tributes page to make it easy to share your memories.

Send flowers to the Doyka family.